How This Fight Club Entrepreneur's $50,000 Investment Turned Into $1 Million
The following story is from a feature in Entrepreneur

As a boxing and MMA promoter, Roy Englebrecht knows something about staying tough in business.
Who are you and what’s your business?
My name is Roy Englebrecht, CEO of Roy Englebrecht Promotions. We're a fight promotions company that stages more pro boxing and pro mixed martial arts shows than any other promoter in California.
What inspired you to create this company?
Thirty years ago, I realized that there were only 10 fight promoters in California -- and that seven were dishonest! I liked the lack of competition and knew that I would be successful by running a business with integrity and honesty. Over the course of my career, I've worked with amateur fighters, as well as HBO Boxing and Oscar De La Hoya's Golden Boy Promotions.
What has changed about your business since you first launched?
When we started, it was only boxing. Now I do both boxing and MMA at the same shows -- and we're one of the few that do. In the fight business, it is all about the stars. When MMA became legal in California in 2007 and really hit its stride, they had a lot of stars: Tito, Chuck, George, etc. Now those stars are gone and guess what? Boxing now has the stars: Canelo, GGG, Joshua, Garcia, Crawford! The playing field is pretty level now between both disciplines.
What are the keys to successfully building a company, and knowing when to sell it?
I purchased the business from my partner in 1992 for $50,000 and have since sold it four times for a total of $1,000,000! Here are some things I've learned over the years: Deciding what not to do is as important as deciding what to do. You have to evolve or you will die. If you give your customers a great show, at the right price, in a clean environment, and say "Thank you!" they will come back. Always run your business as if someone wants to buy it. That means you don't have to be perfect, just better than anyone else! And remember there are a lot of good businesses out there, but people want to buy great businesses, so always run great shows.
How did it feel the first day you began running your business?
Best feeling ever. I owned something -- it was only me!
What was your toughest challenge and how did you overcome it?
Half of being smart is knowing what you're dumb about. I realized that big isn't necessarily better, and I listened to my son and stopped launching new shows.
Is there a particular quote or saying that you use as personal motivation?
I have many, here are a few: "Live your passion, love your career." "Love what you do so much you would do it for free." "It should never be about the money, it should be about what is fair." And last but not least, "Stress is the fertilizer of creativity."
Fight Community™
Facebook Group
Join Group
Welcome to the Fight Community™. This is the official Facebook group for both fans and customers of Fight Promoter University. Anybody can join.

Hall of Fame boxing and mma promoter based in Los Angeles. He sold his first promotions business to Oscar De La Hoya, which then became Golden Boy Promotions. Roy still promotes shows to this day under the Roy Englebrecht Promotions banner. FPU was founded to give back to the industry he loves, and teach other entrepreneur's how to create a lucrative business in combat sports. 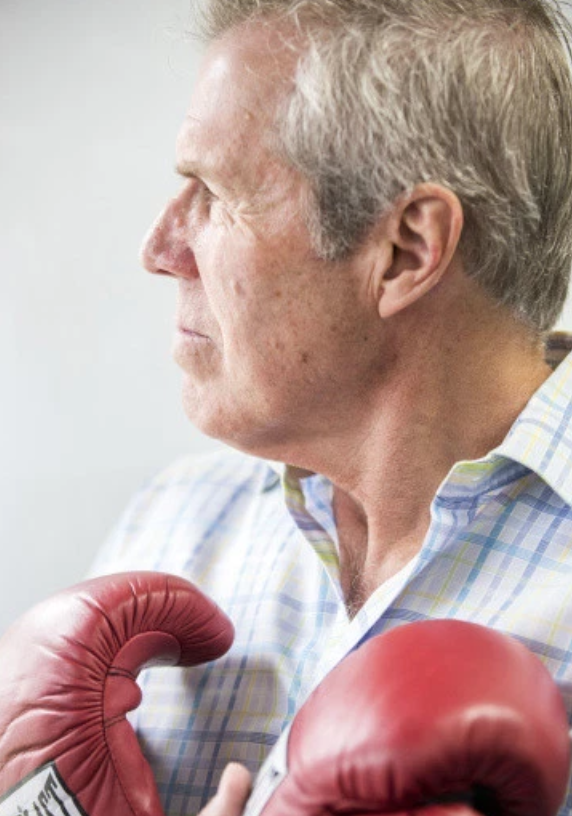 Find Out More About What's Included in the FPU Course
Which Career Path Are You Most Interested In?
Fight Promoter
Fighter Manager
Matchmaker
Why Do You Like ClickFunnels?
Because It Is Amazing!
Better Than HTML
©2020 FightPromoterUniversity.com